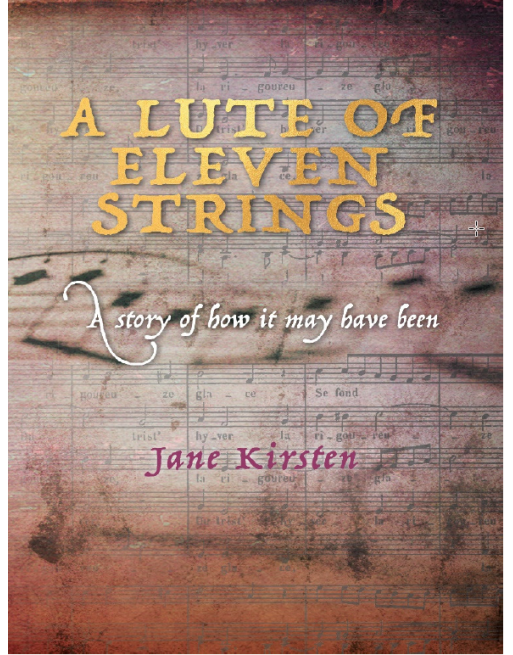 Jane Kirsten lives in a Boland town where there is an abundance of Huguenot place names and surnames which was the inspiration of this gripping saga about the De La Porte family who become involved in the illegal Reformation Movement that played out in France during the 1500s. It was a bloody and violent time when the Catholics tried to stop the illegal reformation movement led by the Huguenot heretics.

The setting is Paris 1505 when Arnoul De La Porte who owns the Librairie De La Porte on the rue Daniel, unusual for the time when gypsies and pedlars were the main traders of books. Anoul is left only with his young son Paoul when Francoise, his wife, dies soon after giving birth to a stillborn, preceded by the deaths of their other children, Jehanne, Pierre and Joseph.

Anoul who was studying for a law degree at the Sorbonne to  become the family advocate begged his father to be released and switch to theology because he had a flair for languages. He became fascinated by Martin Luther’s writings and translated them in to French to be sold as books at the Librairie where he works alone with Paoul who loves the printed word just as much as his father does. On the strength of his translation of the Theologica Germanica, Anoul and Paoul are invited to attend secret meetings of the Circle of Meaux, addressed by Professor Jacques LeFevre, who has written the controversial LeFevre Bible. While on his way to another secret meeting Anoul stops Paoul from going warning him that spies from the Sorbonne will be there.

Back at the Librairie they start destroying every one of Luther’s translations that they have, but wisely, Paoul hides the LeFevre Bible.

By siding with the Reformists Anoul puts his whole family in danger and sends his grandson Luc and Sybill Favin, daughter of his Protestant mentor, to Flanders where they seek refuge with an uncle, a well-to-do weaver.

Luc is the son of Paoul and Alison and Luc has been in love with Sybille from the first time he saw her and when he rescued her from a devastating fire. Although they find refuge in Lille they are still plagued by religious persecution. Leon, Paoul’s youngest son, sets out on a mission for revenge with unintended consequences, with his horse, Tesoro.

All the characters are memorable and finely drawn, you weep with them, you laugh with them and you shudder in horror with them as they watch the “heretics” being burned at the stake, including Adam, Luc’s best friend. Everyone’s lives are intertwined from the lecherous predator Maurice Mercier who has is eye on Sybille while she is living with Roland De La Porte, the successful lissier in Lille where she tutors his children. Sybille is also an extremely talented musician. Roland’s wife, Therese has great ambitions for him which distorts her view of Sybille. But all is forgiven when he is elected echevin or Alderman of Lille. Another unforgettable character is the apprentice, Joris Claris, a large youth who teaches Luc the intricacies of the industry and he soon makes a name for himself as a broker of note.

Although fiction Kirsten has drawn on historical figures: the plot to kidnap  the boy-king Francis II;  the first French martyr, Jean Vallière, who was burned at the stake in Paris; one of  the most powerful leaders of the Reformist movement, Gaspard de Coligny; the queen mother Catherine de Médicis; King Charles IX; and many others.

A Lute of 11 Strings is elegantly written and will captivate you from page 1. Although not a thriller in the true sense of the word there are numerous twists and turns and surprises that will keep you reading until the small hours. You become emotionally involved with all the players and you find yourself back in the mean streets of that bloody revolution, not knowing who is friend or foe. It’s historical fiction at its best. Don’t miss it.