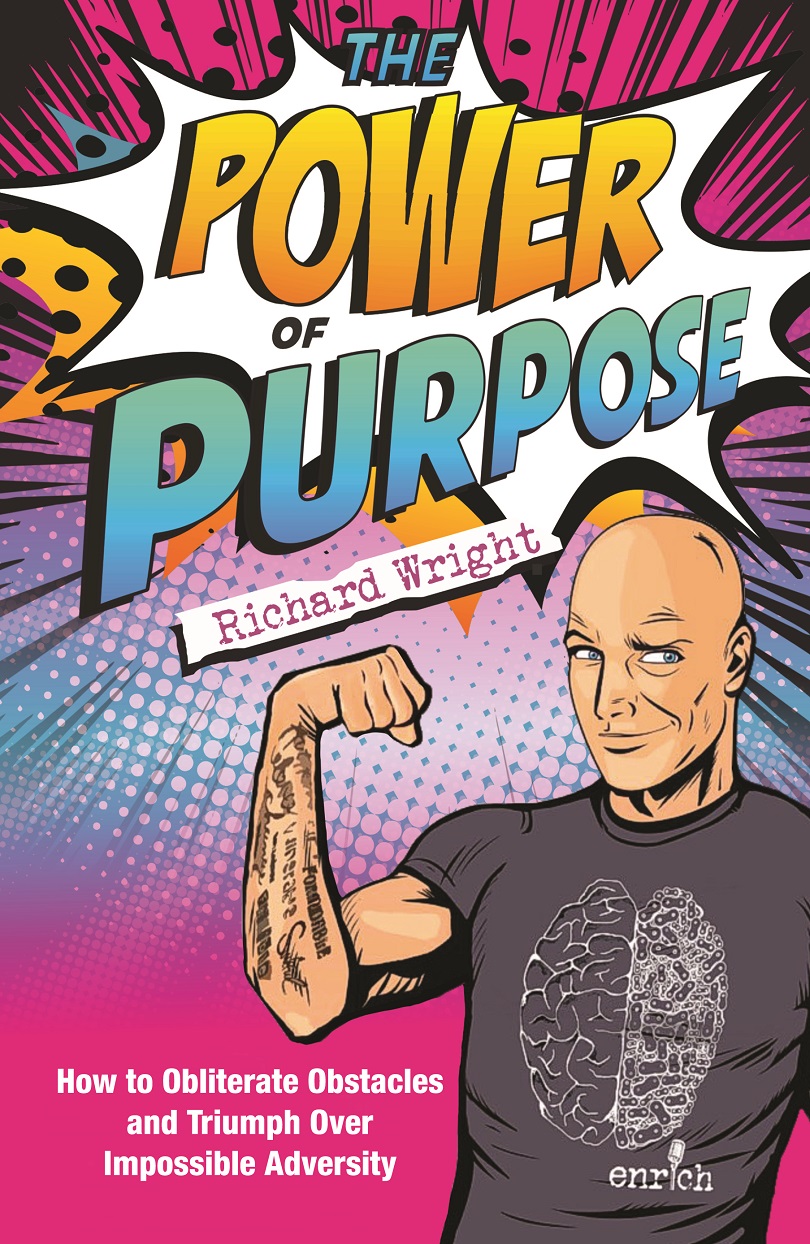 If you were diagnosed with a rare form of pituitary cancer, what would you do?  Pull the blankets over your head and curl up and die? Not if you were Richard Wright. You would fight back with everything you’ve got. Richard’s story begins when he was living in Port Elizabeth (he grew up in Cape Town and Johannesburg) and wanted to win his age group for the 2010 Ironman again. He was determined to complete a training block of 100 kilometres a day for five consecutive days on the bike. It was raining all the while and obviously he got soaked but he seemed to be doing okay. On the fourth and fifth day, from all the friction, he developed a blister on his penis, and he resorted to Dr Google. What he saw scarred him for life so he consulted his GP who prescribed Bactroban and “all was right with my world and my penis”.

But six years later it turned out that Bactroban wasn’t good for what ailed him. So on the morning of April 15 2016 he made an appointment with his neurosurgeon and almost immediately, after the receptionist filled in the intricate and detailed medical aid forms, he was whisked in to the operating theatre. The surgeon believed that they had managed to get the cancer cells from his brain. Not much was known about this rare form of cancer and the surgeon was unsure of the prognosis and he ordered a regimen of radiation. The drug he prescribed to shrink the tumour was even worse than the cancer itself.

Richard was determined to fight back and he tells his story with candour, warts and all. He recounts his troubled marriage and divorce and how he navigated  his way through life with the Sword of Damocles hanging over his head. He writes with pride his two daughters, Bailey and McKinnon, who gave him a reason for living.

After his messy divorce was made final he used to fly to Johannesburg from Port Elizabeth every weekend to be with his daughters but by then he had lost almost everything. However, Richard was offered an exciting job opportunity which he accepted so he could be with his girls in Johannesburg.

Richard moved to PE in 2007 with a wife, a daughter, two horses, a pony, five dogs and a cat. And returned in 2012 with two goldfish named Sparkles and Sunshine.

Richard worked in the property industry and one of his mentors was Andrew Golding, a medical doctor and CEO of Pam Golding Properties with whom he ran two Ironman races while both were fighting their demons. He also had a heart-to-heart with Andrew who offered help in terms of cancer research. But also gave him some profound advice which has stayed with him all these years. “You have a rare opportunity,” he said, “An opportunity to be the most authentic version of yourself, and not do anything you don’t want to. Very few people get that opportunity.”

Which made Richard take stock of his life.’

But the real wake-up call came from his daughter, Mac (McKinnon), when he was under pressure to help her make a model of the solar system for school.  Richard was almost too weak to drive to the craft shop to get the materials and on the way home he told Mac that he would finish before having a lie down .” I am not going to cook supper but we will finish it (the model) and then order takeaways. There was a short silence when Mac’s words pierced the fog in my brain. ‘Nobody said it would be easy,’ “. She was 10 years old at the time.

Even a house burglary taught him a valuable life lesson from the trauma counsellor who told Richard not to trivialise the experience, not to make things seem better than they were, otherwise it would be harder to process the trauma.

It seems Richard in his early years at school was a victim and often bullied. When one day, he asked his mother why, she told him, “Because you were such a wimp.”

Richard Wright signed the review copy of the book. He wrote, “An obstacle is a thing that you see when you take your eyes of the goal. Purpose matters.” That just about sums up Power of Purpose, sub-titled How to Obliterate Obstacles and Triumph Over Impossible Adversity.

Power and Purpose shows what the human mind is capable of when faced with adversity. Not much is known about this rare form of cancer but Richard knew he didn’t want to leave his girls without a dad.

Today, Richard is a three-time stage-four brain cancer survivor, a successful entrepreneur; internationally renowned speaker and while he was battling the cancer, he competed in some of the world’s toughest endurance races, including four Ironman triathlons.