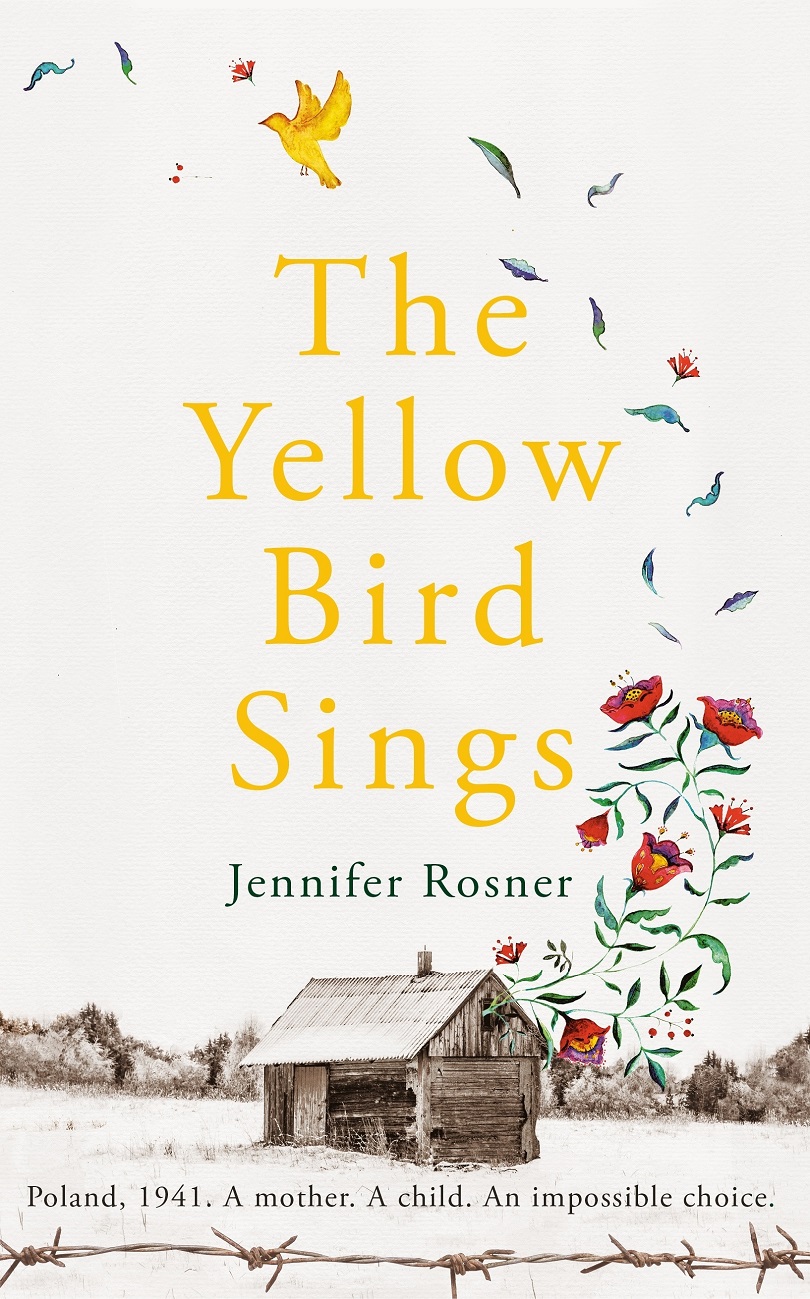 There has been a flood of Holocaust literature in recent months. Several by survivors of Hitler’s death camps who relive the horrors they were forced to endure. Then there is the fiction based on real characters in which the authors try to embellish the facts but nothing can make it more harrowing than the realty.

One of the few exceptions is Jennifer Rosner’s The Yellow Bird Sings, a heart-rending story of a mother and child and a connection that cannot be broken by man’s inhumanity to man and the link is music and a parent’s love. The year is 1941 and Poland is in the midst of war. The Germans have invaded the country and the town of Gracja where Róza and her five-year-old daughter, Shira live. When Natan,  Róza’s husband, doesn’t come back from work one night and the Germans take her parents,  Róza and Shira seek refuge at  nearby barn owned by Henryk, a regular customer at Syl’s

The bakery, where Róza used to work.

Henryk and his wife Krystyna reluctantly agree to shelter them and so Róza and Shira are plunged into a nightmare world. Shira, a talented musician, like her mother and father and her grandfather, an expert luthier,  has an imaginary yellow bird who sings the melodies Shira is always composing in her head. They are the most intricate and beautiful melodies. She is forbidden to make a sound lest they give their presence away to Henryk and Krystyna’s two sons or nosey neighbours. Occasionally, Shira, which means song in Hebrew, lets out the occasional hum or taps her foot on the barn’s floorboards. For the most part though she is silent and Róza keeps her entertained by telling her stories in a whisper about a girl and a yellow bird in an enchanted garden and a giant. She also teaches her how to write music. At night they hide beneath the bales of hay, and during the day too, in an emergency. But the barn is so dark they can hardly distinguish night from day, apart from a sliver or sunlight that peeps through a crack in the wall.

Every night Henryk clumps up the ladder in his heavy boots to claim his due from Róza which has unintended consequences. Occasionally Krystyna or Henryk will bring pails of food, and change the waste bucket. After they have been there for days, Róza can’t remember how long even though she has tied knots in a piece of thread, Krystyna offers to take Shira outside so she can pet the farm animals. She also gets special treats like eggs, which she gobbles down and then feels guilty that she didn’t save some for her mother.

When the barn no longer offers a safe refuge to the pair and the Germans sweep in to the village, Krystyna’s sister, Maryla, offers to take Shira to a  convent orphanage in Celestyn about 300 kilometres, due south. Róza wrestles with her conscience but  what choice does she have? She lets Shira go and Krystyna gives her a card with the address of the orphanage so Róza will be able to fetch her after the war. Shira’s name is changed to Zosia.

The nuns treat her kindly. They recognise her musical talent and arrange for violin lessons with a master.

Róza meanwhlle decides to head for the woods to meet up with the Resistance.  The journey is long, arduous and hazardous and she almost dies from cold and hunger. But gets help from an unexpected quarter: two sisters who are also making their way to the camp. They eventually reach camp and Róza finds solace with Aron, one of the resistance fighters.

But the pull of Shira (Zosia) is too strong and she heads off to Celestyn only to find that it has been bombed. No-one knows if the children were safely evacuated and Róza continues her search that leads her to the Felicjanki orphanage. However, Zosia Is gone, taken by a Rabbi and his wife, who will help her get to Palestine. Zosia doesn’t forget her mother and becomes a world-renowned violinist.

The Yellow Bird Sings is a deeply moving and profound multi-layered work of fiction that will tug at your heartstrings and bring tears to your eyes. Rosner has created memorable characters that you won’t easily forget, long after you’ve turned the last page. With a few well-chosen words Rosner has the gift of making you feel part of the action. You can smell the rotting hay; you feel for Róza as Henryk clambers up the loft ladder; you can feell every icy wind and you can’t help cheer for her as she makes her way through the woods in the dead of winter, foraging for bark to make a gruel that you hope will sustain her.

The Yellow Bird Sings is a powerful piece of writing that will leave you with a sense of hope.