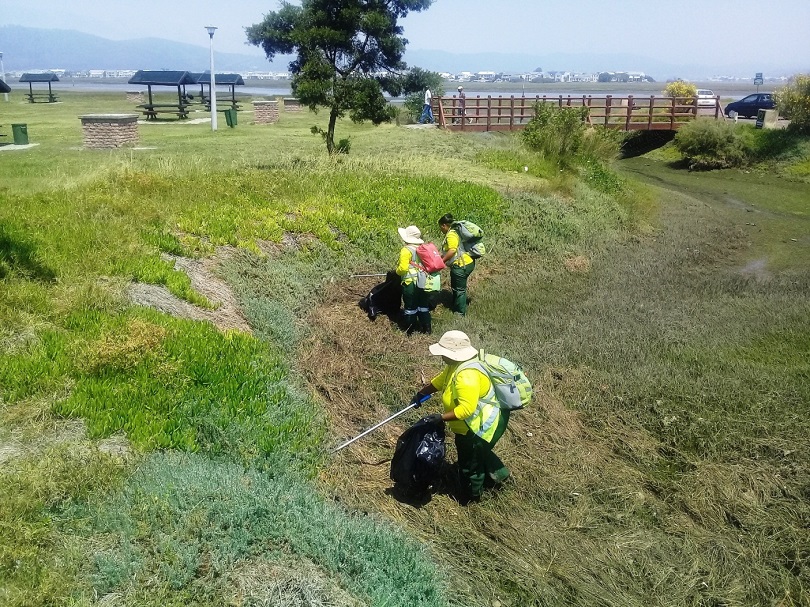 As part of its mandate to protect and conserve the natural heritage of the country, South African National Parks (SANParks)  is scaling up efforts to clean-up areas in and around the Garden Route National Park (GRNP). 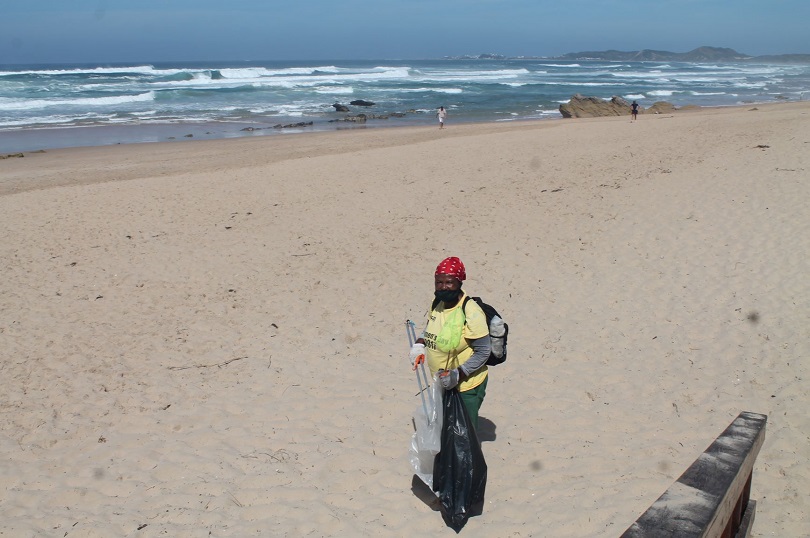 This is done in accordance with its agreement with the Department of Environment, Forestry and Fisheries which has 23 teams embarking on clean-up programme since August 2020.

As part of a concerted drive to keep the identified areas clean, a decision was to increase the number of individuals working on the programme.  A total of 23 teams were identified to clean up areas in and around the Garden Route National Park (GRNP) since August 2020. Nine (9) of the 23 teams serve the George/Wilderness and Sedgefield areas while the remaining fourteen (14) focus on Knysna, Harkerville and Diepwalle. There are currently eight (8) people in a team but will increase to twelve (12) at the beginning of November 2020.

‘Our jurisdiction for cleaning up from George to Sedgefield includes Herold’s Bay, Victoria Bay, Leentjiesklip, Wilderness beach right through to Sedgefield (Gericke’s Point)’ explains the Wilderness-based Working for the Coast Project Manager, Sury Makwena. “These teams also maintain hiking trails and boardwalks in Wilderness. It has been observed that plastic makes up a huge amount of litter that was picked up after lockdown.’’

The teams have recently started picking up nurdles, which is a mammoth task, especially with the hours on duty and the time and patience required to pick them up. The teams in Wilderness and Sedgefield currently scoop up sand to surf in search of nurdles.’ She further adds that while it may be difficult to have a spotless beaches, however, the teams try their level best to keep it as tidy as possible. In Knysna alone, 9 kilograms of nurdles were picked up between Buffalo Bay and Brenton beach. The Knysna Project Manager, Scott Ronaldson confirms (17) buckets of glass and porcelain were collected in one area in Knysna in October 2020.

Vuyiswa Thabethe, the General Manager of the Garden Route National Park says ‘pollution is a major threat to biodiversity and SANParks is committed to invest the available resources to tackle pollution and increase awareness inside and outside the GRNP.’ She further acknowledged the work done by Garden Route District Municipality on nurdle coastal clean-ups on the 4th and 6th of November 2020. “It goes to show that anti-pollution initiatives are taken seriously in the Garden Route and that the problem needs a collective effort and it is not a one-man show”.

Table summarizes number of teams and work undertaken in the Knysna and Wilderness sections of the Park.